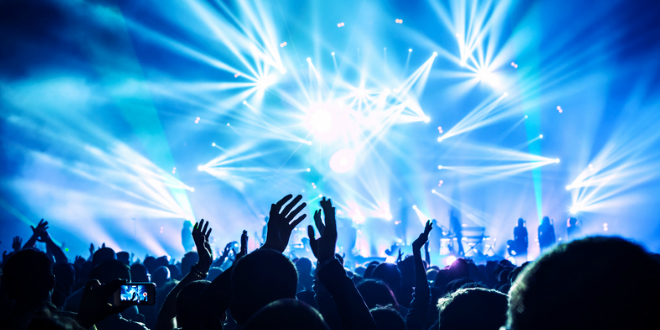 How It Used To Be

For several decades up until the 1990’s, becoming a successful music artist usually meant having connections to major label A&R representatives at record labels, or knowing someone that could get your music heard so you could possibly be anointed by a major record label with a chance at moving your career forward. This meant the opportunity to make a record and be dropped into a marketing machine that heavily controlled the major promotional outlets of the day- radio stations. This “knighthood” by some industry insider that was propped up to allegedly have better judgement than most people when assessing talent, was the primary transition that would be typically required for a new artist to go from obscure talent to big star. But then the internet came along, and like most every other industry, there was disruption.

Funny thing about the Internet- it was growing year after year and right in front of the music industry’s face for a good ten plus years. Still, the music industry couldn’t move fast enough to accommodate this new technology without first getting crushed by it. So while everyone in the music business was talking about how the internet was going to change the industry, nobody in the industry really was doing anything about it.

But, like many other emerging technologies, musicians were figuring out ways to to use the internet for their own advancement- often innovating and refining what we now consider standard models today. One of my friends, and a fellow Berklee College of Music alumni, started the company “CD Baby” in the 90’s, which became a model for many of the online distributors, like iTunes and Spotify, that we consider staples for music distribution today. Other artists were innovating ways to create communities that thrived outside of the strict and often repressive major label corporate structure of marrying music and commerce.

Because of this evolution, a new artist has the freedom to take control of launching their career like never before. The flip side of that coin is that there is a lot of information online about how to go about doing that-  but not a lot of specific information for how to go about doing it for you personally. So with the free flow of information through the internet, the new challenge has become determining what information is useful and what isn’t. But if you surround yourself with good, knowledgeable people, you can take advantage of the new freedoms that all emerging artists now have.

Defining your goals is the first thing you’ll want to consider. An artist that doesn’t fit into a genre that the major record labels can get behind with their marketing apparatus, will struggle to get the attention they’re looking for from a major. But that by no means eliminates that artist’s potential to have a career. It will simply be a more independent path. For an artist that does fit into a genre that major labels work within, there exists the ability to pursue the parallel paths of strengthening your career position and success, while at the same time attracting the attention of bigger partners like a major label.

This is achieved by creating on a small scale, what major labels hope to achieve on a big scale. The irony is that while pursuing the goal of partnering with a major label, it’s possible that your career could become so successful that either a) your position becomes much stronger and attractive to a major label or b) your position enables you to carry on without the need or help form a major label. These possibilities were generally out of reach without the internet.

Implementing this bird’s eye view and long term strategy starts in the same place that it did decades ago- you need to have amazing songs, produced at a major label level. Making sure your music can compete with today’s top artists not only creatively, but from a technical perspective as it relates to production quality and fidelity, is essential to capitalize on media opportunities that could build valuable exposure rapidly. With home recordings, or mediocre production quality, these vital opportunities will largely be unavailable or unattainable. Major media companies that are looking to use new artist’s music in high visibility branding campaigns, TV shows, or films, simply will not use subpar quality recordings. This can be a major source of revenue. Make sure that you spend your initial resources on making the music at a high standard of quality. My Spotlight 87 production partner and 6X Grammy winner, Brian Vibberts and I are always interested in hearing great new artists and are always interested in hearing from them.

Creating your persona and making it appealing and authentic is something that most new artists are already doing if they’ve ever used social media (and who hasn’t at this point). Crafting your social media to portray yourself as a talented authentic artist is fully in your control now thanks to the internet. You’ll want to study other popular social media figures in a similar peer group and genre of music so you can get ideas of the look and feel you’ll want to pursue with your own photos, videos, captioning, and hashtags. I spend a great deal of time discussing these elements with artists I work with as it becomes the foundation for their career. We’ve seen a focused strategy that incorporates great new original music that has taken artists we’ve worked with from a few hundred followers to tens of thousands in a matter of months. This was difficult to achieve without the internet.

Getting out there and playing shows is something that artists can coordinate far more effectively now than anytime in history thanks to the internet. As I discuss in my online course “Artist Development and Production: 101“, performances of all scales can be pursued- living room shows, coffee houses, small clubs, all the way up to large venues and tours. This is another excellent potential money maker when you coordinate it with your growing social media following because you’ll be able to sell all kinds of branded merchandise at your shows- T-shirts, hats, stickers, etc.

Sponsorships are another lucrative revenue stream that can be capitalized on as you grow your social media following and fan base. Your goal should be to enter what I call the “celebrity circle”, and your vehicle getting there is music. By creating your celebrity as a popular music artist you will not only have the ability to capitalize on music related sponsorship offers, but other types of products and opportunities that intersect with other interests your fans have outside of music. In effect exponentially increasing your opportunities to make money.

As you you can see, the only thing holding you back from creating the career you envision for yourself is hard work and ingenuity. As I mentioned above, surrounding yourself with good people that you trust is vital. As your career grows, it’s the foundation of knowledge that your mentors bring to the table that will ultimately guide your decisions and create your success.